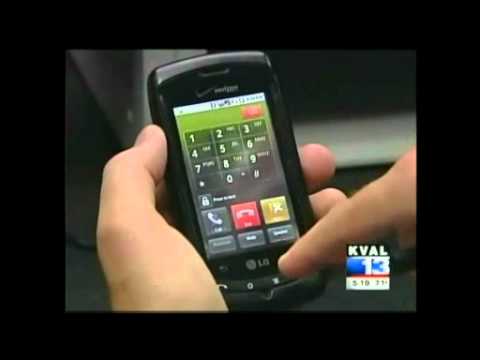 
Spying someone online can be done with any third party service that allows a complete access to the target device.

But you must have enabled the service on the target device to do that. There are some online software that offer a voice call recording feature that can be used to spy on someone else's calls. Let us take an example of Appmia software. The software is a very powerful tool that provides a real-time access and that's how it allows the users to spy on the calls online.

The steps you have to follow are given below:. Step 1. Buy the Appmia software from its official page and download the application on the phone whose calls you want to track. The installation process is very easy and will take only 2 minutes. Step 2. Now login to your Appmia user area and view the information of the target device online. Step 3. In the dashboard, you will see a Call Record option in which you will find all the calls that are received and sent from the phone.

Thus, you will be able to listen to the other person's voice calls without getting detected. As the app works in an invisible mode, the target users won't be able to notice its presence. You will be able to take control of the device anytime, anywhere. It is not always the second person who wants to spy on call voicemail.

How to spy on another cell phone voicemail

Such a scenario complicates the situation and makes people wish that there would be software that would do it for us. Even the FoneMonitor app has a section for Voices where voicemails are saved. It is the FoneMonitor app that you will need if you want to know how to hack call history of another mobile. The app is the most reliable and effective app for call log monitoring for the parents and the employers. They might be the only person who is eligible and has valid reasons to spy on someone's call log. The FoneMonitor is a very powerful tool that would allow the users to get into the target phone without their knowledge and will keep a track of all their activities.

Apart from the call logs, the users can track and monitor photos and videos, messages, contact numbers, GPS location, and other social media apps too. You will have a complete solution of parental control which allows you to track, monitor and hack into any device.

We hope that this guide helped you in clearing out some doubts that you had regarding the process on how to hack voice calls of another mobile. Also, the next time you want to hack someone's call and messages or any other app, use the FoneMonitor app as it is undetectable and reliable. It's a safe Android and iOS device monitoring software that can be used only for the exact purpose of parental control of their kids, by employers to monitor the devices that belong to them as well as on which the employees work, or by you when you have a consent of the device owner.

That could result in severe monetary and criminal penalties imposed on the violator if you failure to do so and it is likely to result in violation of applicable law. That would be better to consult your own legal advisor with respect to legality of using the application in the manner you intend to use it prior to registering, downloading, installing, and using it. FoneMonitor would not be held responsible if a user chooses to monitor a device the user does not have the right to monitor; nor can FoneMonitor provide legal advice regarding the use of the software.

Sign Up. Sign in. It is however much harder to achieve these days but not impossible if you have the necessary equipment.

No mention of mobile phone cloning has been reported but I just thought I would mention it as an option that may have taken place. Remote voicemail access I will now deal with remote voicemail access. It is this pin code that makes the system very insecure as in most cases if you have not actually set a pin yourself then a default code of something like or is preset.

Even if you have set up a personal and private pin code because humans are very forgetful and creatures of habit we will invariably use our date of birth or a number that has some significance to us that we can easily remember. These are probably numbers we use for the lottery too so getting hold of someone's old lottery ticket, or knowing their date of birth could reveal someone's pin code. Guessing or hacking the pin code If the above methods do not work you could always try to guess the pin, after all there are only 4 digits however there are 10, different combinations so it may take you some time however their is a way to crack this code in a matter of hours if the phone network will allow it.

DTMF Tones When we dial a telephone number you hear different audio tones in the earpiece of the phone, each number has its own unique tone at a specific frequency, when we enter our voicemail pin code these tones are used for this too. Tone diallers There are actual devices called tone diallers, these diallers usually pocket size reproduced the necessary DTMF tones to dial telephone numbers. Some were even built into watches.


Most phones especially mobiles have a built in directory now so these old tone diallers are more or less obsolete however I am sure you can still buy them and it would not be to difficult for someone competent in electronics to build one, you may even find one at a car boot sale. Custom DTMF tone dialler A computer could also be programmed to output these codes via the speakers and a quick search on Google reveals several code generators that you can download and install on your computer. So how can a tone dialler hack voicemail?

Simple as it is electronic it can be programmed to repeatedly dial all the combinations until it got the code correct which could theoretically be accomplished in a few hours.

Can it be traced? Well yes but at present no, I contacted all the common UK mobile phone networks and none said they log the number that voicemail is accessed from only the time the message was accessed is logged. If the message is deleted by the unauthorised listener then you will not even be aware that you had a message in the first place. How many times have you sent an SMS or voicemail that the receiver has never received? Any complaints could easily be dismissed as technical glitches. Can it be stopped?


Yes the mobile phone service providers could easily log all the numbers that access the voicemail system in exactly the same way I log all the visitors to my web sites. Secondly the number of incorrect tries to enter a voicemail pin could be recorded and the operator could lock out after say 3 incorrect tries and notify the owner again in exactly the same way your cash card will be withdrawn if you repeatedly enter an incorrect pin. I guess that nobody ahs really considered that these messages are of any security concern. Note home answering machines also suffer from this pin tone vulnerability and I wonder if the private investigators were also intercepting these.

Because this article ended up far longer than intended I will deal with tapping in another post however tapping usually refers to listening to or bugging of a phone conversation which is obviously very different. Another point to note is the voicemail hacker will need to know what network the number is on. This can be achieved in a number of ways such as using a telephone number look up tool on the internet or calling the phone when it is switched off. In the later case the operators name is usually announced when leaving a message. I have received quite a number of requests for voice mail access numbers and default pin codes.

I have yet to complete the full list and would thus appreciate it if anyone could send me the missing data. Systems that require access by calling the mobile number itself are probably the hardest to hack since the phone will need to be switched off or out of signal otherwise the phone will simply ring. Next time your phone rings and the caller instantly hangs up before you have had time to answer it could be someone attempting to hack your voicemail.

Click here for the article regarding Telephone Tapping. This prevents your voicemail being accessed remotely until you have set a PIN. I wonder if the mobile operators lock your access after a certain amount of incorrect tries and log the telephone numbers that attempt access. This may at some point be an inconvenience to the genuine user if they forget their PIN but also make voicemail hacking just about impossible and traceable if unauthorised access is granted.

How to hack a cell phone voicemail - disiveco.tk

We are listening to you. Asking openly on the internet for someone to help you hack. Grow the flip up. Bt i dnt lyk their fndshp. So can i make a cl or txt my galfrnd using his no. Connting from my phone..


By nt using his persnl phn. If u have mind? If i dont have her phone by using my phone. Respecy privacy - if you don't know, they don't want you to know - if this is a problem, discuss.. I have been experiencing a lot of problems like phone tapping with my phone.